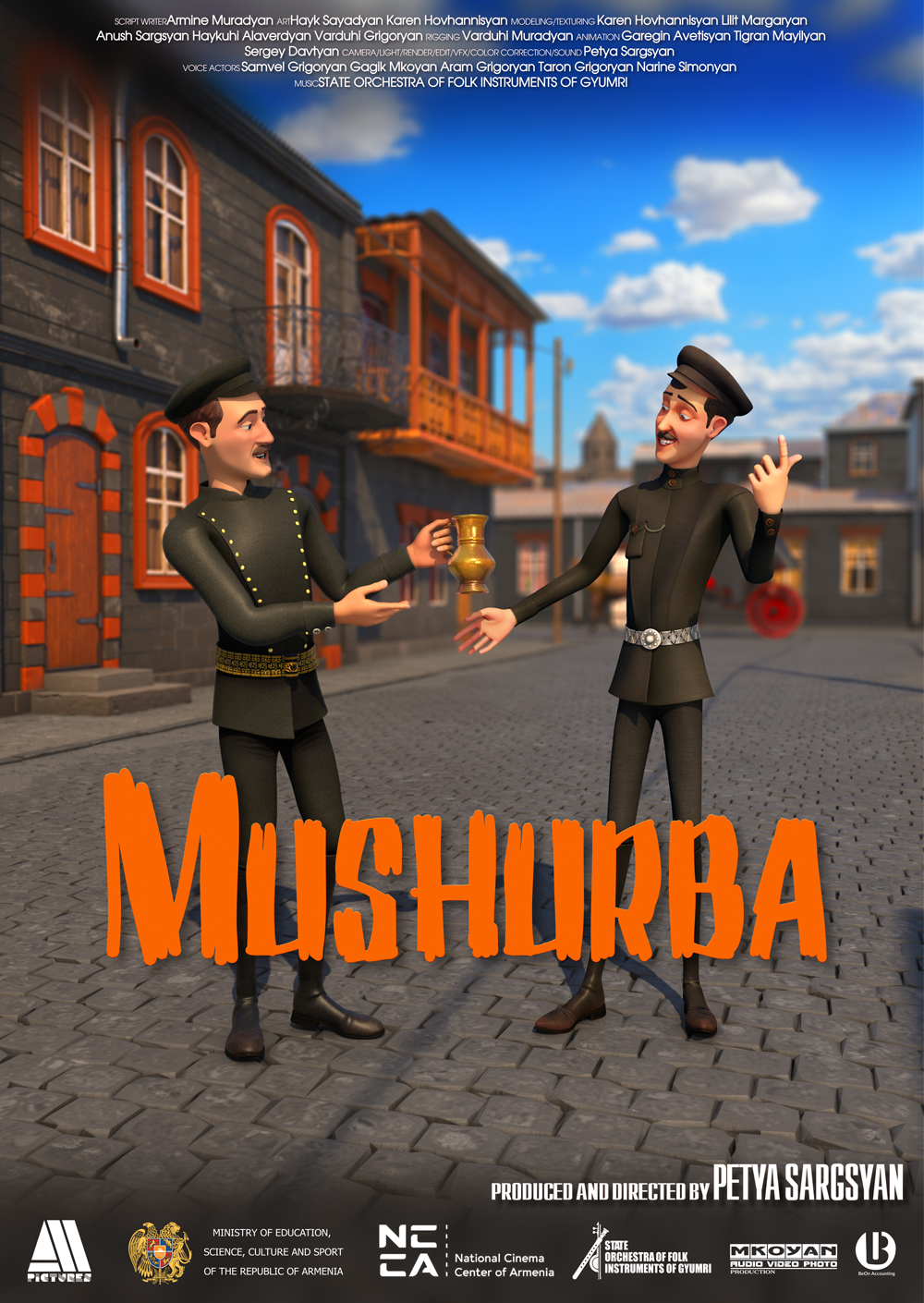 The animation film begins with Gyumri market scene. Poloz Mukuch sells fruits and vegetables․ Ones comes to do shopping. Poloz makes jokes. He laughs at when Ones brings a watermelon closer to his ear and knocks at it. Poloz jokes as if there is an orchestra playing inside. And he wants his glass to sing as well. Then Poloz invites Ones to the Tsitro Alec's pub. The gathering is accompanied with jokes. Friends discuss Poloz's wish to make his cup sing. After party Master Suro decides to make Poloz's wish true. He goes to his workshop and makes a singing cup mushurba. The next day they meet again at the pub and Master Suro amuses Poloz with the singing cup.