Meeting at the NCCA 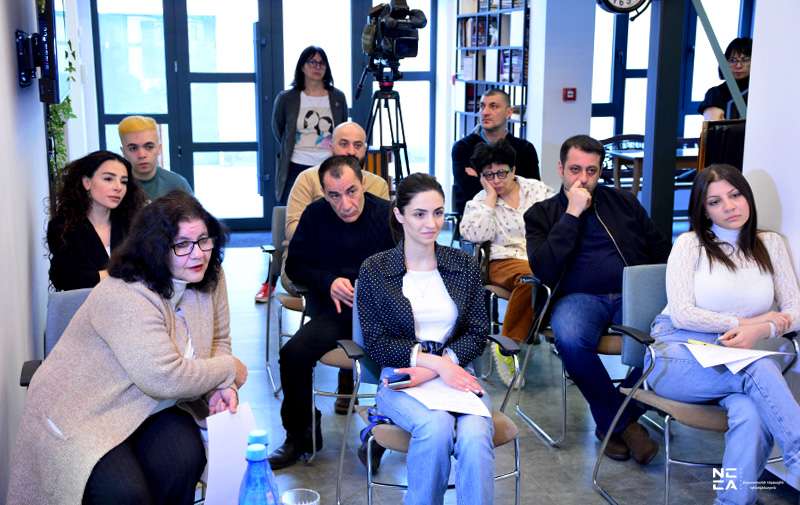 Prior to the Day of the Armenian Cinema (April 16) young filmmakers of Armenia flocked to the newly opened office of the National Cinema Center of Armenia at Teryan 3a street.

At the meeting, with journalists present, views and outlooks on the current situation of the Armenian cinema were exchanged, the modern ways of development and dissemination of cinema were discussed, since the implementation of them is extremely important for the development of cinematography. The participants also touched upon the problems of film education, pointing out the urgency of the need for reforms in the art-related universities.