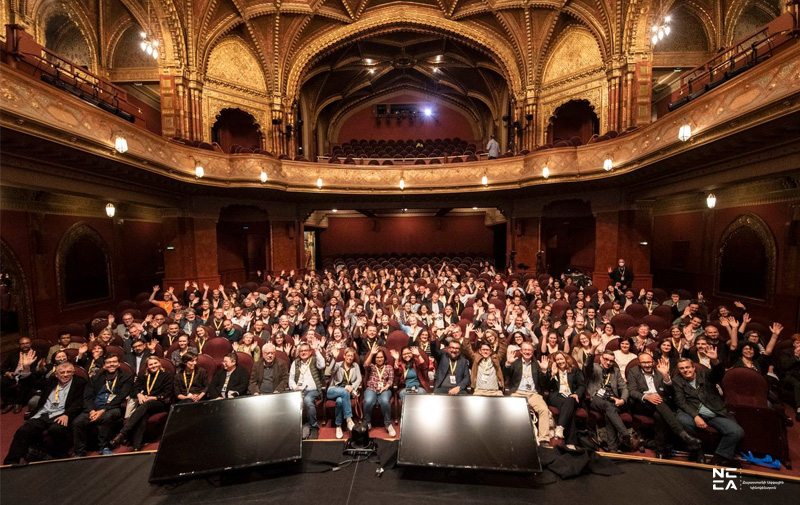 The Cinema Center was represented by Vigen Galstyan, NCCA’s Head of the Film Heritage Department, who made a summary report, presenting the archive collections of the National Cinema Center of Armenia, film restoration projects and the upcoming programs aimed at internationalizing the Armenian Film Heritage. Thanks to numerous meetings during the Congress, preliminary cooperation agreements were reached with a number of major institutions, including the UCLA Film and Television Archive, the Il Cinema Ritrovato Bologna Film Festival, the Lisbon and Toulouse cinematheques, the Estonian Film Museum, the Bulgarian Archive and the National Archives of the Philippines.

The celebration activities of the 100th anniversary of Armenian cinema, as well as the 100th anniversary of Sergey Parajanov have been included in the framework of the forthcoming cooperation. The FIAF members also expressed their readiness to professionally support the National Cinema Center of Armenia in developing the archiving and restoration of film heritage in Armenia.

The International Federation of Film Archives (FIAF), founded in Paris in 1938, assembles the world's leading film heritage institutions. The members of the Federation describe themselves as "defenders of the art forms of the 20th century". Their responsibilities embrace activities on finding, viewing, collecting and preserving films and videos, which are equally valued both as works of art and historical evidence. According to 2021 data, 92 cultural institutions from different countries of the world are members of the Federation, and 80 organizations cooperate with FIAF as associate partners.