The woman in a film and shooting ground 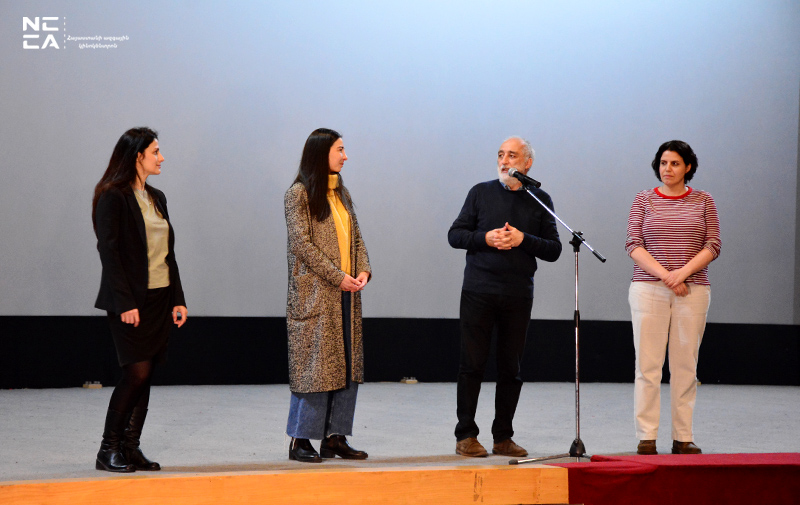 On March 8, on the occasion of International Women's Day the National Cinema Center of Armenia and the "Moscow" Cinema initiated screenings of films directed by women directors.

The following films by women directors were included in the show-case:

After the screening an interesting discussion originated between the audience and film directors.  Director Lusine Papoyan remarked that “the fact that the films were shown to the public is important by itself, regardless whether the screening day was an ordinary one or meant as an occasion.”  "It is appreciable that the National Cinema Center of Armenia gives young people the opportunity to make more films. This is the only way for directors to express themselves”, she says.

The Heiress is Evelina Barseghyan's fourth short film. For Evelina gender is of little importance, what matters much is a person, and his or her individuality. “Being a female director in Armenia might be a bit difficult, however gender plays no role here”, she notes.

The film was shot in the village of Ddmashen, in the Gegharkunik region of Armenia. It participated in various festivals and received 6 awards. The film also won awards in Russia and Hong Kong. In the near future the film will also take part in the Women's Film Festival, which will be held in Milan, Italy. Evelina is sure that participation in various festivals is important because it gives women the opportunity to express themselves.

Women make film about women, this is exactly the case with film director Nairi Hakhverdi. In her film Sweeping Yerevan she tells the story of a woman, named Marina who sweeps the streets of Yerevan every night. One day Nairi approached the sweeping woman and asked her, “Haven’t you got another skill to replace your broom?” From there a closer acquaintance of the two women began.

Film critic Raffi Movsisyan remarked, “in any case it is wonderful when a film is screened, and in this case, it is twice as wonderful, because the debut films of women directors are displayed on the occasion of International Women's Day. Today the state policy encourages making of debut films, helping new names to spring up. We see how many new film directors have emerged in the arena. It is also a fact that in the first decade of national independence we did not have women directors".